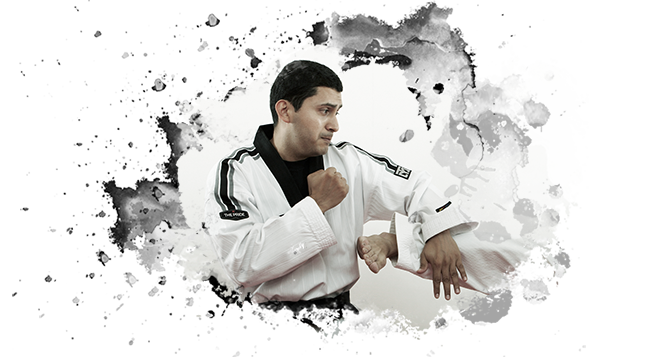 Mr. Santos Rivas hails from the Central American country of El Salvador. He spent his formative youth as a student in Boston, USA. In 1994, he began his Taekwondo training at the Jae Hun Kim Taekwondo Institute, never expecting that the teachings he received from Grandmaster Kim would fundamentally and completely change his life.

Under Grandmaster Kim’s wing, Mr. Rivas proved to be a talented and dedicated student, spending any free time training at the Taekwondo school. Within a few years, he earned his 1st Dan black belt under Grandmaster Kim and soon started teaching at the school. He was also already an accomplished competitor, having won many major US national- and state-level competitions, such as the US Cup and Massachusetts and New York State Championships.

Since founding the JH Kim Taekwondo Singapore Network in 2003, Mr. Rivas’ passion for teaching Taekwondo has grown stronger day by day. In fact, he is the only one among the handful of 5th Dan masters under Jae Hun Kim who has opened more than 20 schools. His classes have also been renowned for their relevance, innovation and sound technical principles. 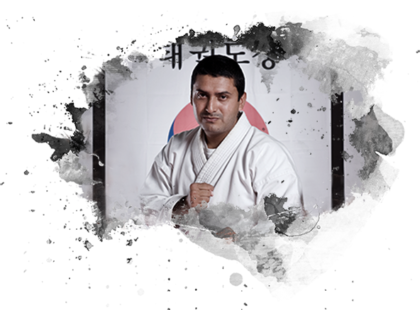 Having fallen in love with Singapore’s and Southeast Asia’s people and culture, Mr. Rivas decided to relocate to Singapore in hopes of sharing his passion for the martial art. He opened his first JH Kim Taekwondo Dojang at Golden Mile Complex along Beach Road in May 2003. He started with a small class of 7 enthusiastic students which soon grew to 80 within a year.

Mr. Rivas’ quest was faced with many challenges. Despite facing endless hardship, he persevered and rebuilt himself and his dojang from the ground up. With the help of his students at that time, he was soon able to reopen the dojang at Middle Road, Bugis. Eighteen months after the incident, the dojang grew and accommodated 600 students.

The positive growth in the number of students led Mr. Rivas to open his second branch in Katong. The Dojangs continued growing, so Mr. Rivas opened his third branch in the Bukit Timah area, followed by the fourth in the city, fifth in Serangoon… and the rest, as they say, is history.

Like many Taekwondo protégés, Mr. Rivas pushed his students to compete initially. Between the years 2000 and 2007, the Dojang was actively competing and won many awards, both local and internationally. Those awards are now being proudly displayed at the various branches in Singapore.